Hierarchy is an important data structure to visualize entities in a structured way. It allows business analytic users to view data on different levels of granularity and perform drill-downs to accomplish data exploration. Both SAP Analytics Cloud and BW systems have hierarchy concept.

Let’s test this new feature out.

How to create Custom Hierarchies/Groups for BW Live


Below is a simple table widget which is based on a BW Live model.

The builder panel on the right tells there are 3 dimensions on the Rows.

By clicking on the “More” button of the “Countries” dimension, a context menu opens. However it seems that hierarchies are not available here. Why?

After checking the Characteristic “ZLAND”, aka. dimension “countries” properties, it is found that the Hierarchies are not selected. As BW Live scenarios rely on the model in the backend BW system, this feature seems to be dependent on a Characteristic which is Hierarchy enabled.

As the name of the blog goes, for sake of time, a different characteristic “Z589LAND” is now picked for our test. It has been hierarchy enabled.

Coming back to SAP Analytics Cloud story, this time the hierarchy of the dimension can be selected. As seen below, there is an option to create custom group in the pop-up dialogue.

Here we will see a flat presentation of dimension members in the “Member List” on the left. In the test the search feature is used to quickly find out members needed to create the hierarchy. On the right of the pop-up dialogue, there is a builder area where nodes can be dragged to form different hierarchy levels. Text nodes can be created. Per drag and drop, a hierarchy can be done in a few minutes from scratch. Of course you can give the hierarchy a name, which is specified in the “Group Name” input area. 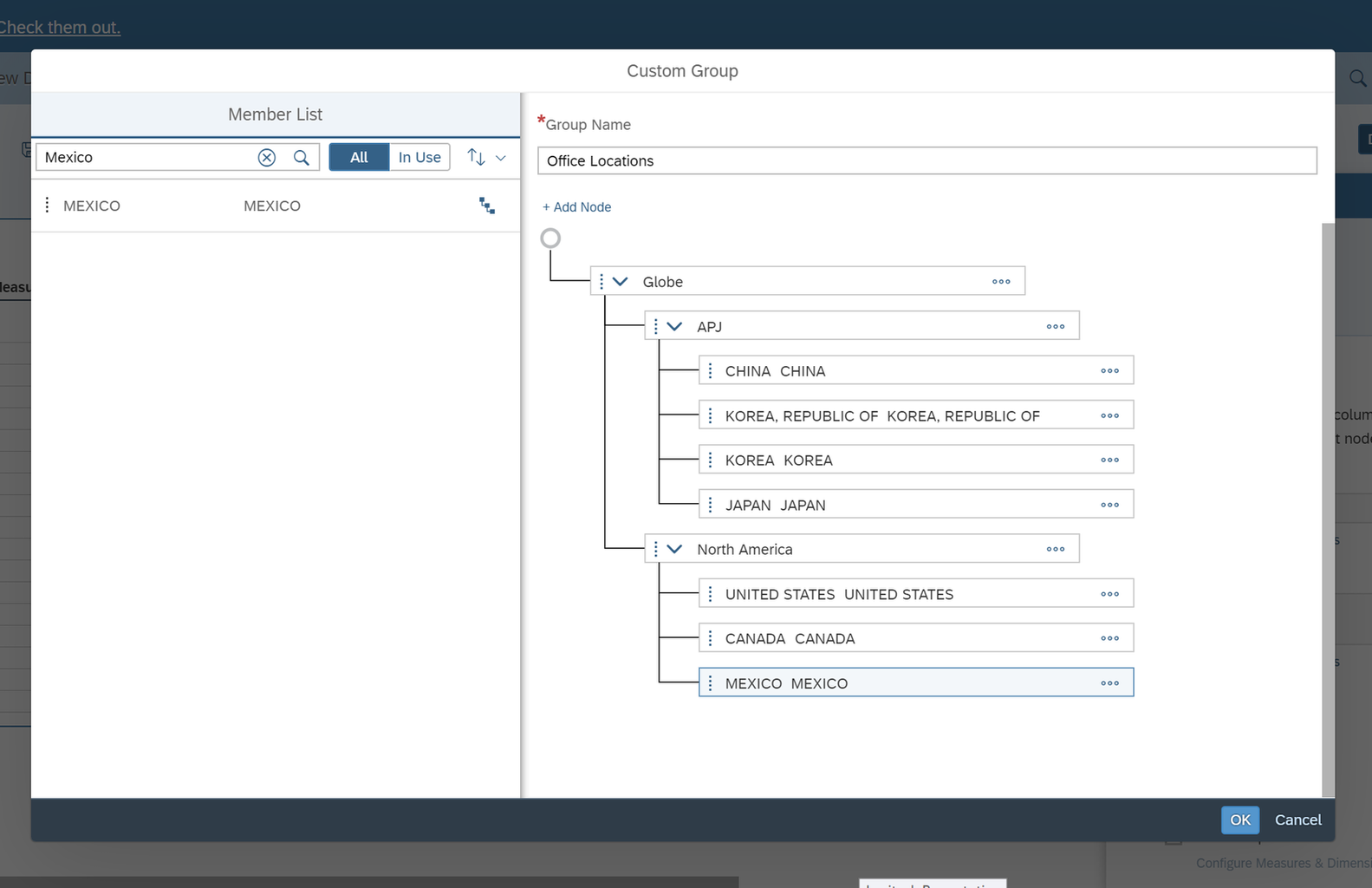 Once the hierarchy is created, the table widget will display the country dimension with the newly created hierarchy. 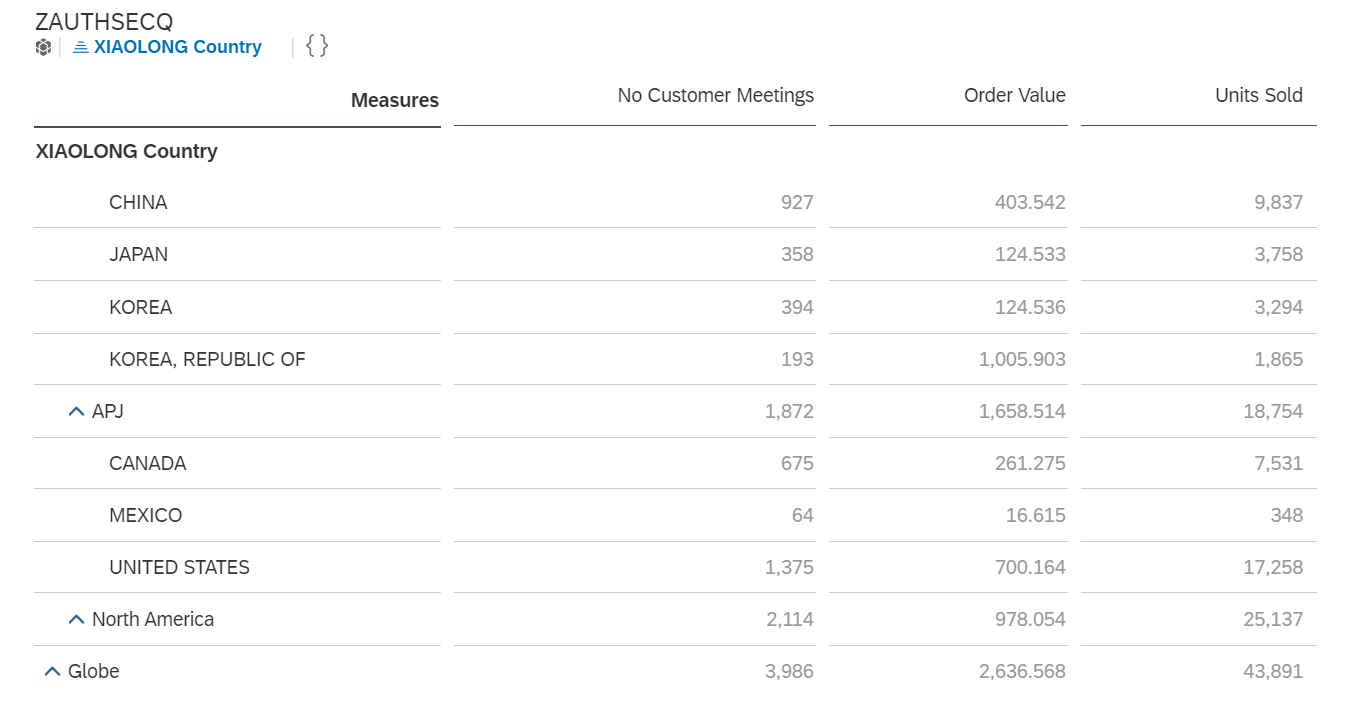 Are custom hierarchies affected by filters?


Below, it is seen that a story filter is created on the country dimension. In the filter selection, the country “China” is the only dimension member that also exist as a node in the newly created hierarchy “Office Locations”.

The picture below shows that the hierarchy nodes are filtered by the story filter.

Hierarchy also works with charts. It enables drill-up and drill-downs on charts. 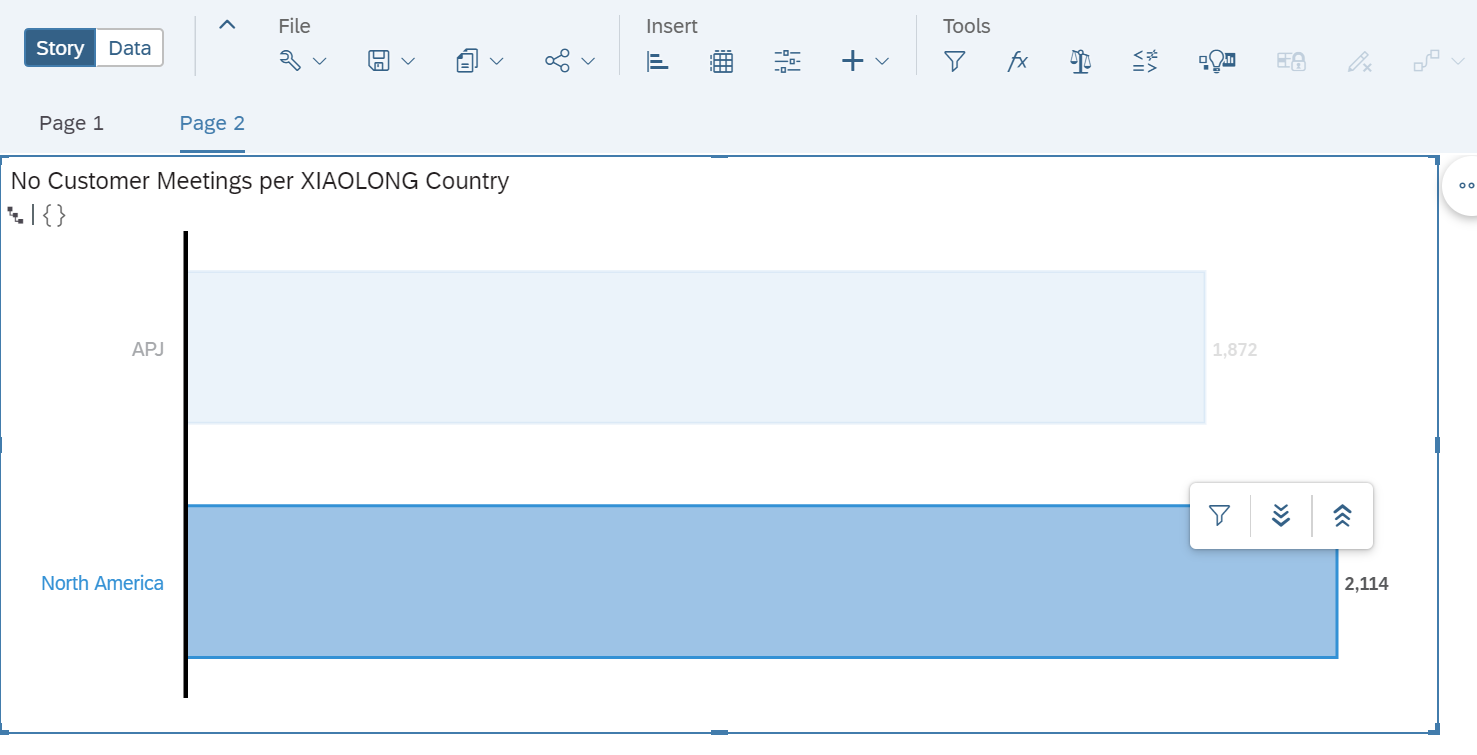 Where is the hierarchy effective?


The blitz test found out that the hierarchy is bound to the story in which it is defined. The picture below shows a new story containing the same model where the “Office Locations” hierarchy was defined. Clearly, this story cannot reference the hierarchy.

SAP ’s philosophy is to provide SAP Analytics Cloud as a tool catering specifically well to the business analytic users. Hierarchies created in SAP Analytics Cloud stories can have an arbitrarily high count and those shouldn’t be written back into the BW systems, which are strongly governed by IT professionals. This might also be the reason that in transaction RSH1, the custom hierarchies are transparent.