Hello and welcome to my blog post on Creating Exchange Rate Worklist. I’ll be highlighting the prerequisites and process flow of this functionality in this blog.

By creating exchange rate worklist, you can allow users to update specific exchange rates only in TCURR table instead of giving them wholesome access through transaction OB08. This is explicitly useful for companies where centralized exchange rates are updated on timely basis and for certain, adhoc transactions discounted/negotiated exchange rates are considered. Preeminent part of this worklist is to ultimately update the TCURR (OB08) table from where system picks the exchange rate for any cross-currency document posting.

Two-step configuration is required to achieve the aforesaid functionality: 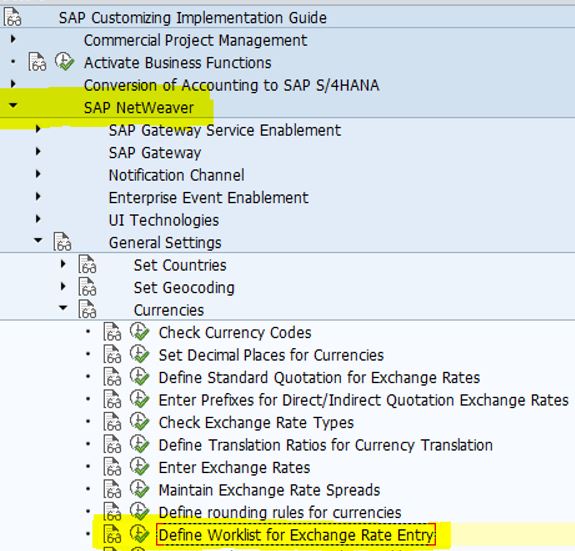 Enter Worklist Name, Text and Maint. Interval details. Ideally use the worklist name same as exchange rate type so that it’s easier for user to understand.

Add the currencies to the worklist for which user’s should be updating the exchange rates :-

Add as many pair of currencies as required. 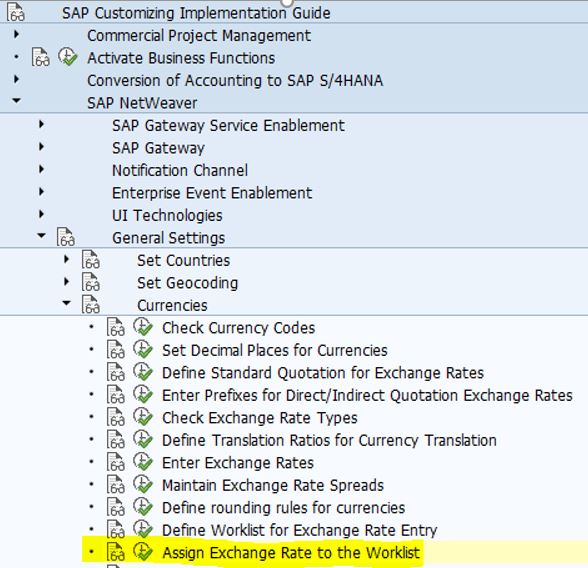 Once this is done, ask Security team to create specific role for transaction S_B20_88000153 and with the respective worklist added in the object of the role. Then, add the newly created role to the users’ profile.

Now, ask user to run transaction S_B20_88000153 – for maintaining and releasing the exchange rate in his worklist. Here user will only see those currency pairs which were configured in Step 2.

Once the rates are released, system will update the same in OB08 :-

This is very useful tool for lump-sum transactions where special exchange rates has to be considered as well as helps organization restrict user access to the entire OB08 transaction.

I hope, my blog provides solution and guidance to the subjected matter and wish that my colleague consultants find it useful in their support and development activities