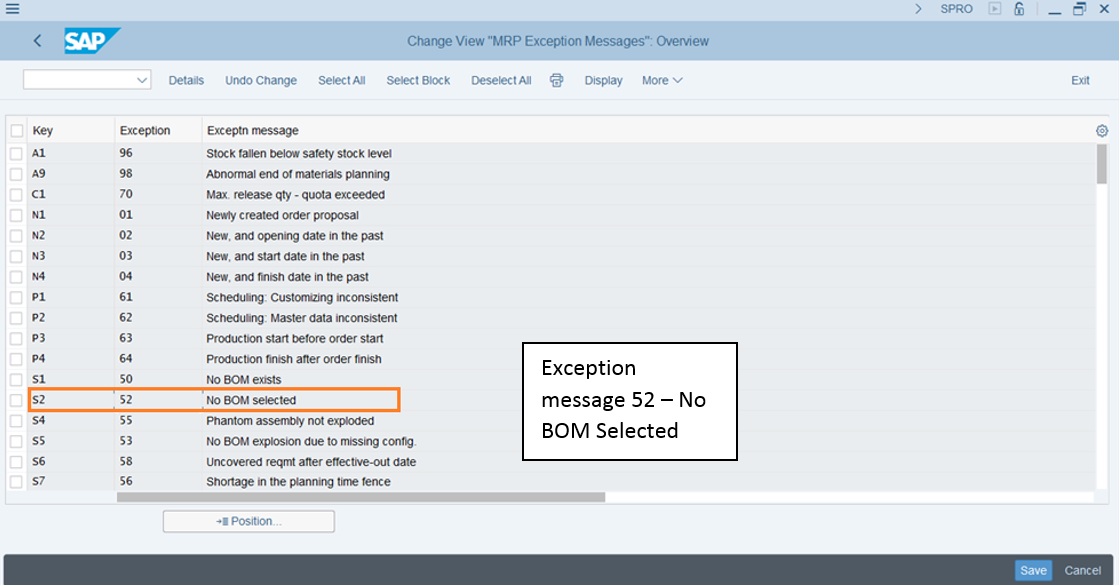 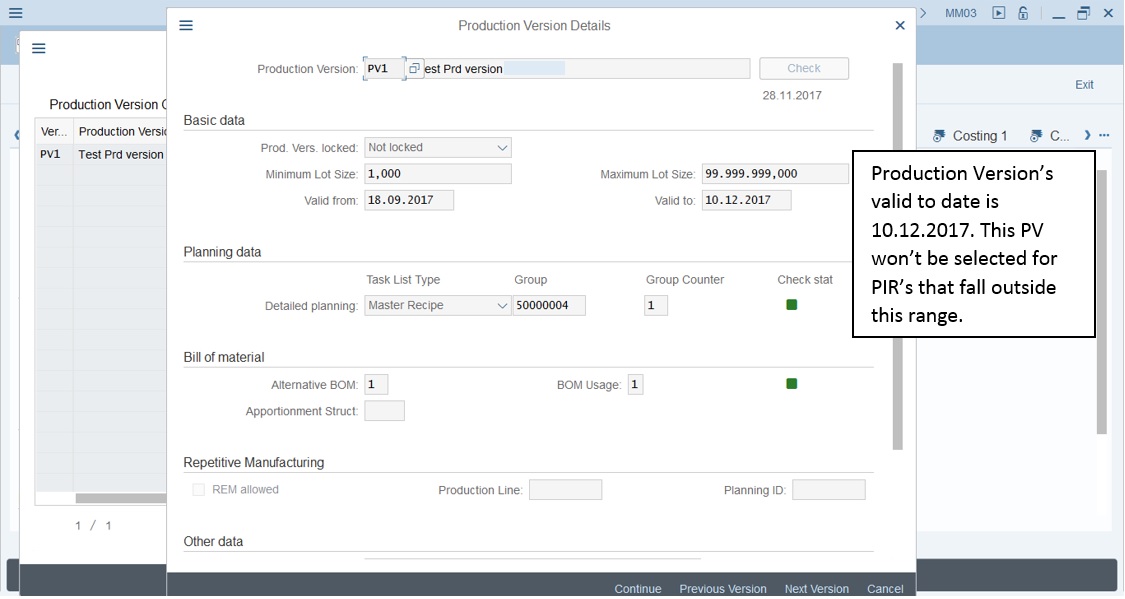 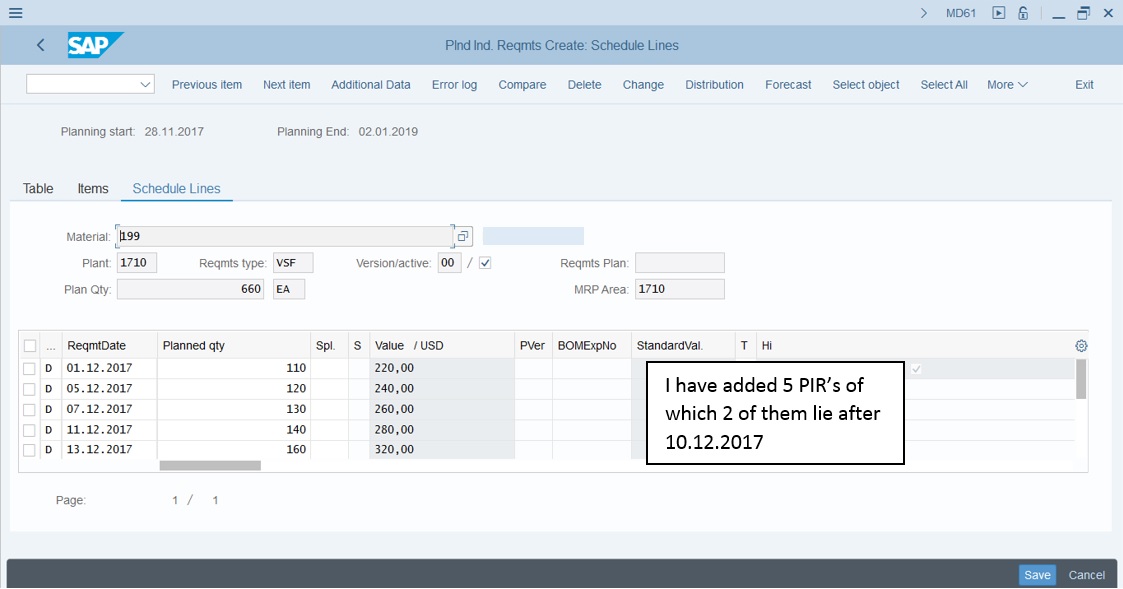 Now we will execute MRP through MD02.

After the MRP execution, we go to the Stock requirement list. As you can see Planned orders on 11th and 13th have an exception message of (52). Also the Production version was not selected for both of them.

Same result can be seen in the MRP list through MD05.

If you have any queries please feel free to ask.