did you know there is a useful versioning feature in SAP BW since a long time? Here I would like to provide some key facts to understand, setup and use this feature.

First of all, the default customizing can be found the general customizing of your system (Tr. SPRO). There in the settings for Data Modeling (BW/4HANA) or within the General Settings (NetWeaver BW) you will find the option Create historical TLOGO versions automatically. This function maintains the customizing table RSTLOGOHISTCUST. 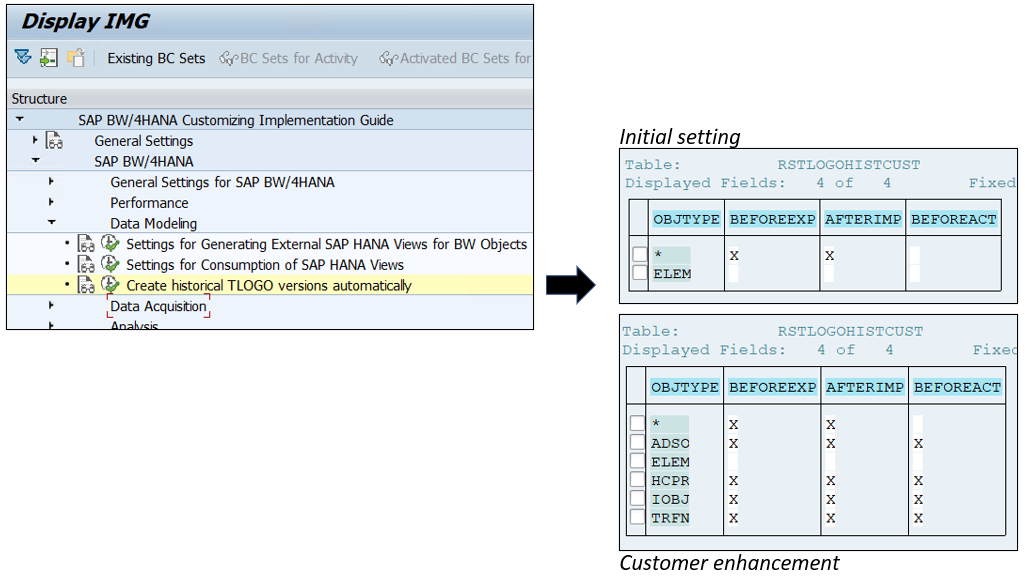 The initial customizing consists of only two records. These have following meaning:


If you would like to create versions also during each activation for some TLOGOs, additional entries are required: In the example above (see “Customer enhancement”), versioning for object activation has been switched on additionally for ADSOs, InfoObjects, CompositeProviders and Transformations as well.

Since mid of 2017, history versioning is also available in the BW Modeling Tools in a separate view called “History” for both BW 7.5 on HANA and BW/4HANA. There you see the full TLOGO history. Starting from the early 2020 releases, you can compare different versions or revert to older ones for ADSOs, CompositeProviders or InfoObjects in the BW Modeling Tools as well.
If the History view is not available by default, you can open it via menu Window/Show View > Other … in the group called Version Control (Team). 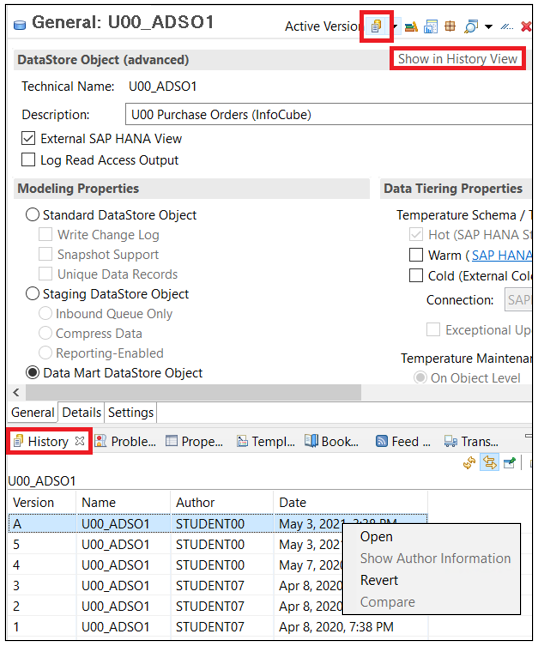 From administration point of view there are two points to consider:

Thanks go to Christel for all details provided.​