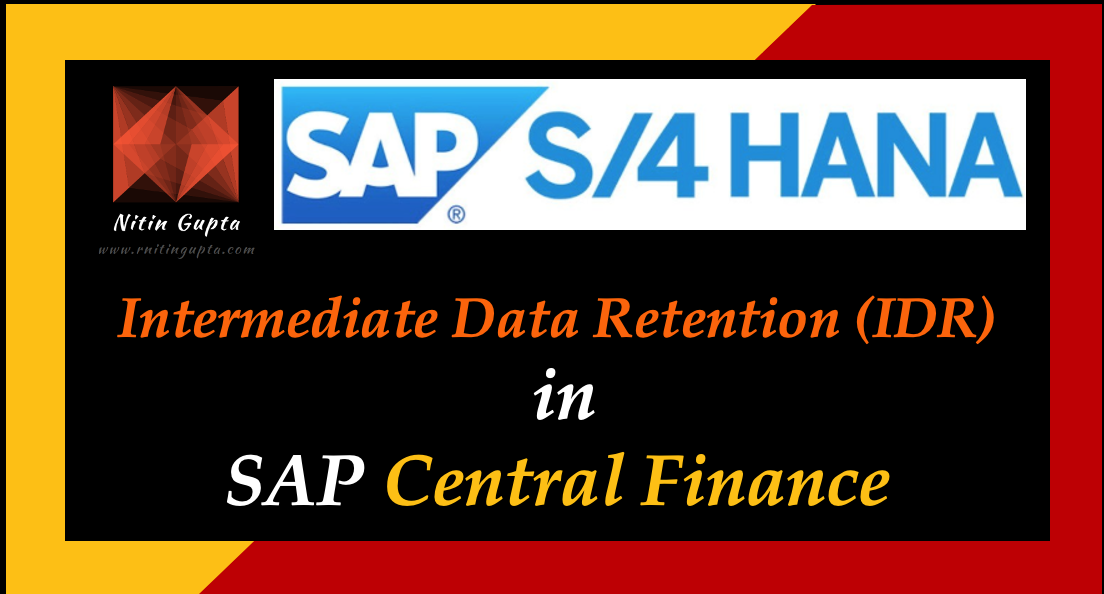 As we are aware that the Initial Load and Real time replication functionalities work technically different in SAP Central Finance although the purpose is same.

With SAP S/4HANA 2020FPS01 SAP introduced the new feature called Intermediate Data Retention (IDR) with which the initial load is only limited to open items and balances but not the documents.

Rather the documents will be captured with a kind of online recording which will be stored in staging tables in SAP source system and will be replicated to special IDR system and at future point IDR will serve as a source system to SAP Central Finance. In summary this adds a new system in between source & target.

It can be a useful functionality but since its just released it is still not that matured enough and does not support several real business cases. On top of that it requires additional investment in hardware and run cost to deploy and maintain the IDR system. But looking at the classical initial load limitations it can help customers in saving time & money being invested in test cycles and error resolution during the project implementation phase.